skip to main | skip to sidebar

The second of the two late summer Vesper Services conducted by the Rev. Richard Beal was held at the Norway UU church on August 31, 2008, at 7pm. The previous one, a week earlier, was at the West Paris UU church at 7pm. These were interesting services, the highlights being attendees reading quotes from little slips of paper passed around in a basket from person to person. The quotations were on any conceivable subject from a wide range of authors and all the quotes were thought-provoking. The idea was for the individual reader to give a reaction to the quotation and generate a little discussion. However, perhaps because there were so many of us, about 16 or 17, little actual discussion got generated beyond the reader's reaction. The basket circled the group twice, and I fear I was left in a state of information overload! One of my two readings was a small paragraph by Paul Tillich which alone had enough meat in it to create a full fledged discussion. The same could be said for many of the other quotations. But still, I think the idea of this exercise was an excellent one: people can carry away many different ideas and thoughts without getting bogged down too much on any one thing. So, is this information overload, or highly useful intellectual stimulation? Incidentally, there were fewer of us at the previous service in West Paris, and more discussion -- perhaps too much at times -- took place on a smaller range of topics. All in all, very interesting and I haven't even touched on the other aspects of the services, such as the feeling of community and togetherness generated.
Posted by seev at 5:08 AM 13 comments:

"You catch more flies with honey than vinegar."

In the foreward to his book, Amusing Ourselves to Death, Neil Postman compares George Orwell's 1984 vision of the world with that of Aldous Huxley in Brave New World.

What do you think? Will what we love ruin us? Will too much information reduce us to passivity and egoism? What are the implications?
Posted by Jim Burke at 5:26 PM 1 comment:

There are two metaphors in currency out there relatively recently that I think we have to seriously consider: silos and echo chambers. As our communities across time and space have become larger, we are increasingly hearing only one side of the argument or point-of-view. This, of course, has some advantages in that it simplifies our lives and allows us to become more proficient in our little piece of the world than once was possible. Specialization has done wonders in many ways in our society and personal lives.

In many ways, we need to limit our vision in order to get some work done, but at some point, in so doing, we limit the possibilities of true collaboration and compromise. At some point we are blinded by our narrow-mindedness.

Parochialism used to be thought of as something that happened in small communities or insular places. Now perhaps it is instead based on our position, interest and point of view, with place being an increasingly minor contributor.

What do you think? Do you see more echo chambers and silos now than prior to the rise of digital technology? Is there any need for beginning to re-emphasize the whole . . . the universal?

Photo Credit
Posted by Jim Burke at 9:22 AM 3 comments:

Thanks for the invite!

Wow, things are popping here. Great to allow everyone to post.
I'll check back again later.
Thanks,
Mardé
Posted by seev at 6:46 PM 3 comments:

Our own Jim Marshall (we need to convince him to sign the membership book) will be doing two classes about using the sun to heat and provide electricity.

Cost is $10 per class (such a deal) and you must register by Sept. 8 by contacting Jim at jim@roundpondcornerstore.com.

Check out other classes available at the Goose-Eye Institute for Creative Economy Education in the insert in the latest Advertiser-Democrat.
Posted by West Paris Universalist Church at 12:07 PM 1 comment: 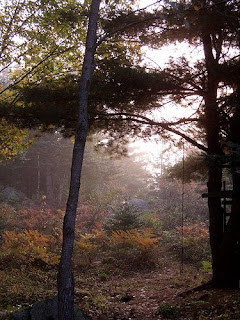 "When the goldenrod is yellow,
And leaves are turning brown -

Reluctantly the summer goes
In a cloud of thistledown.

When squirrels are harvesting
And birds in flight appear -
By these autumn signs we know
September days are here."

Quotations for Gardeners, Walkers, and Lovers of the Green Way

Posted by West Paris Universalist Church at 12:42 PM No comments:

Posted by West Paris Universalist Church at 11:55 AM No comments:

Posted by West Paris Universalist Church at 3:08 PM No comments:

Kate Braestrup "Here if You Need Me"

Posted by West Paris Universalist Church at 3:00 PM No comments:

Is God Keeping You from Going to Church?

Posted by West Paris Universalist Church at 2:51 PM No comments: 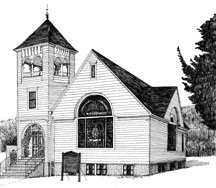